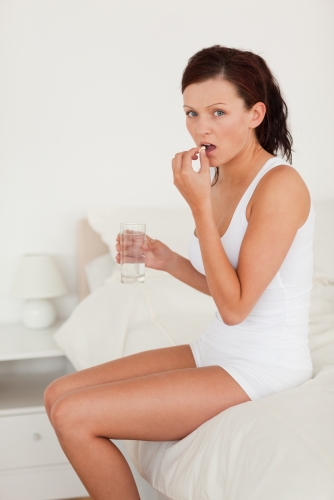 There are many reasons why women may have fertility problems and infertility can affect women of all ages.

Infertility, defined as being unable to conceive over a 6 month contraception free period or suffering repeated miscarriages, can be overcome with treatment and support from infertility specialists in Turkey.

One of the main problems for women is problems with irregular menstrual cycles leading to irregular ovulation. Irregular ovulation is commonly caused by hormonal changes and can be regulated by drugs. Ovulation, the release of an unfertilized egg, occurs after menses in the menstrual cycle. If a womans cycle changes, ovulation can be affected. Polycystic ovaries, premature menopause and serious infection are factors that may affect ovulation and cause fertility problems.

Irregular ovulation caused by contraceptive use or dramatic changes in weight, may be referred to as temporary infertility and can usually be re-regulated through hormone tablets and time.

Often only one fallopian tube is blocked. In a procedure called a salpingectomy, specialists can seal this tube completely to force all unfertilized, released eggs to travel through the healthy tube.

Blockages can often be removed through recanalization, or the removal of the blockage through the uterus using a small instrument.

If the blockage in the tubes is larger, a laparoscopy is performed to allow surgeons to clearly see the blocked tubes. An incision is made in the abdomen and a small camera is passed into the tubes to guide the procedure.

One of the most common causes of infertility, polycystic ovaries is a disease affecting one in five women. PCOS is a disease where one or both ovaries are covered in multiple cysts. Affecting pre-menopause women, cysts prevent the ovaries producing enough hormones to stimulate egg production.

Treatment for infertility caused by PCOS is ovulation stimulating fertility drugs followed by infertility treatment such as IVF.

Endometriosis is a serious illness that can leave women with severe internal scarring that causes fertility problems. Causing tissue build up on the walls of the uterus, the ovaries and inside the fallopian tubes, endometriosis is one of the most common infertility factors in women up to age 35.

Women who are able to get pregnant but are unable to carry a pregnancy to term are defined as infertile and are able to seek infertility treatment.  Recurrent miscarriages can be caused by the body generating too much of the natural hormones that prevent embryos implanting.

In effect, your body views the embryo as an antibody and fights the pregnancy. IVF specialists can use a combination of antibodies derived from donor blood to prevent your body repelling the pregnancy and allow the embryo to successfully implant into the uterus and the placenta to develop naturally.

Age is a factor in male and female infertility. Women are able to conceive children from the time of the first menstrual cycle until menopause. The age that these processes occurs varies, however women between the ages of 19-35 are more likely to become pregnant without help.

After age 35 the chances of getting pregnant decrease and this demographic of women is most likely to require infertility treatment. The risk of miscarriage increases as women age, with consecutive miscarriages common in women over the age of 40.

Women usually are not aware that they are infertile until they start trying to conceive. Whereas, some men may be able to suspect male factor infertility, due to such signs as undescended testicles.